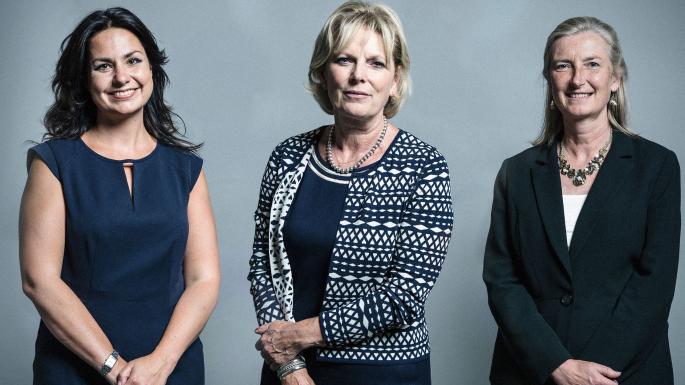 Hot on the heels of Monday’s resignation of seven MPs from the Labour Party, comparisons to the formation of the SDP in 1981 flew thick and fast. Those willing on a new centre party with a bit more umph than the increasingly beige, slippers and hot cocoa politics offered by the Lib Dems under Vince Cable have been given a further boost over the past twelve hours, first with the defection of Joan Ryan last night, and more significantly, following the much-anticipated resignation of three Conservative MPs this morning – Heidi Allen, Anna Soubry and Sarah Wollaston.

Once you’ve come to terms with the name – which sounds more building society than inspirational politics – the Independent Group could conceivably forge a powerful place for itself on the green benches. Whilst its de facto leader, Chuka Umunna, has so far been refreshingly self-depreciating about its scope for change, insisting it’s simply a group of parliamentarians unhappy with what they perceive to be a broken status-quo, there’s undoubtedly a gaping hole in the centre of British politics crying out to be filled.

Although not yet a registered political party, this self-branded non movement could quite plausibly gain some traction were its members to stand on a Macron-esque ticket that espouses anti-hard right, anti-hard left, pro-EU policies. Indeed, a number of swift-footed pollsters have already found that it would immediately leapfrog the Lib Dems into third place, were an election to be called now.

In terms of the parliamentary arithmetic, this morning’s defections will, of course, whittle down Mrs May’s already slim majority, making her job of navigating her fragile deal through Parliament all that much harder.

Ultimately, the group’s longevity will depend on how many others MPs join its ranks, and more importantly, whether it can find enough that unites its members, other than Brexit. Whilst it’s true a number of these now political pariahs have for some time been working cross-party as a loose voting bloc across a range of issues, from universal credit to refugee reunification, they will need much more. With both the Labour eight and Tory three maintaining that their political values haven’t changed, they’re already starting out with a perhaps insurmountable policy gulf between them.

If though they manage to put their differences to one side (which will be a major challenge given the big, sometimes uncompromising characters the group has attracted), there’s a chance they might just succeed, leaving their mark on British politics at this pivotal time.

If we’ve learnt anything over the last three years, it’s that Westminster is unpredictable. This new formation could either fizzle out as quickly as a Catherine wheel, or if they create enough common ground, burn bright for much longer. Only time will tell.